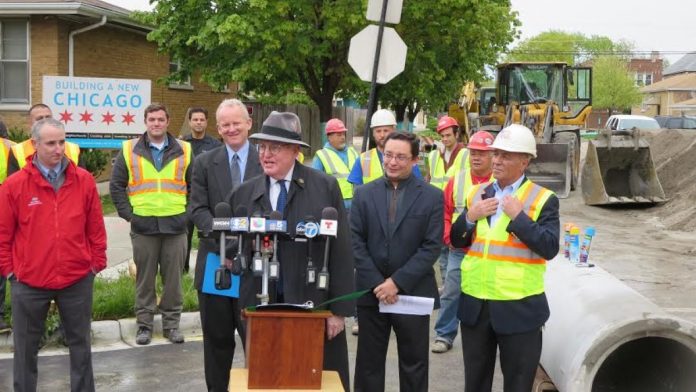 A study worth reading. It is rare to get a raw and data rich study about firearm fatalities in the US, they are up from our low point in 2004 and are almost at the rates we had in the worst part of the 90’s. But where these deaths are occurring and why, an honest inquiry and not an aspersion to firearms ownership as a sin in itself, is rare in these studies. Hence the failure rate of studies during the RAND audit and the directly attributable response of politicos citing the worst studies to prop up their pet proposals.

Question  How have firearm fatality rates varied over a 32-year period in the United States?

Meaning  This study found marked disparities in firearm fatality rates between men and women and by racial and ethnic group, and these disparities increased in recent years.

Importance  Firearm fatality rates in the United States have reached a 28-year high. Describing the evolution of firearm fatality rates across intents, demographics, and geography over time may highlight high-risk groups and inform interventions for firearm injury prevention.

Objective  To understand variations in rates of firearm fatalities stratified by intent, demographics, and geography in the US.

Design, Setting, and Participants  This cross-sectional study analyzed firearm fatalities in the US from 1990 to 2021 using data from the Centers for Disease Control and Prevention. Heat maps, maximum and mean fatality rate graphs, and choropleth maps of county-level rates were created to examine trends in firearm fatality rates by intent over time by age, sex, race, ethnicity, and urbanicity of individuals who died from firearms. Data were analyzed from December 2018 through September 2022.

Main Outcomes and Measures  Rates of firearm fatalities by age, sex, race, ethnicity, urbanicity, and county of individuals killed stratified by specific intent (suicide or homicide) per 100,000 persons per year.

Conclusions and Relevance  This study found marked disparities in firearm fatality rates by demographic group, which increased over the past decade. These findings suggest that public health approaches to reduce firearm violence should consider underlying demographic and geographic trends and differences by intent.

These are HEAT maps, separated by homicide victims and suicides, color code to show high instances as hot (red) and low instances as cool (blue) with green and yellow in between. If you’ve seen a map of a rain/thunder storm you can recognize the HEAT map. They are then run on 14 different filters, total, male, female, White (likely includes East Asian demos), Black, Hispanic, Male and Female by race, and the metropolitan and nonmetropolitan break downs. The axis of the maps are age (vertical) and year of instance (horizontal).

The homicide map gives us a tremendous amount of data. We see the bloom in the 90’s with a cooler period in the 2000-10’s and a dramatic increase in the last couple years, starting 2020 (Shocking, I know).We then see the demographic and gender filters. We see the majority of deaths are male, starting in their mid-to-late teens and cooling off around the age of 40.

There were just over 69,000 female victims during this 32 year span, their are over 369,000 male victims. 210,818 of those males were non-Hispanic Blacks, with substantial flares in the 90’s window and the 2020-2021 window. White and Hispanic homicides were near parity in number, however the trends over time are very different. The homicides with White Male victims were fairly evenly distributed with a more gradual cool period in the 2000’s and more even age disbursement after the mid-teens. Hispanic homicides were very bad in 90’s but cooled substantially and stayed cooler to 2020 where a flare has been seen again. The two decades between 15 years of age and 35 account for the majorities in all demographics, White being the most evenly distributed outside that age range and Black and Hispanic heavily concentrated in that range.

Urban areas have the majority of homicides as data given, but approximately 140,000 are unmarked between urban or rural locale.

The greater share of mortality over the same time frame were suicides, 43% greater.

Suicides show an immediate inversion of homicide data in that, while they start at around the same age, they are heaviest among the older population. This immediate inversion in age is also joined by a disparity in demographics. While the male:female disparity remains steady at between 5 and 6 male deaths per female death, the male dead swing overwhelmingly white. White males are killing themselves between 7 and 8 to 1 over Black and Hispanic males combined. The older, the greater the risk of suicide in White males, Black males are at risk younger with a reduced risk for middle age and a slight increase as they get older.

We see dramatically different cultural attitudes towards killing one another, and killing oneself, across the various demographics filtered when it comes to violent use of a firearm.

This study found marked disparities in firearm fatality rates by demographic group, which increased over the past decade. These findings suggest that public health approaches to reduce firearm violence should consider underlying demographic and geographic trends and differences by intent.

This line is why we should take this information seriously. It didn’t say “Ban semi-autos or ‘high’ capacity magazines” it openly says this is a problem to be addressed within each of the problem segments. ‘Differences by intent’ make all the difference in the world.

It’s very clear that suicide, especially among the white male population, is seen more as acceptable and a solution to diminishing quality of life, a collection of failures and compounding stresses. Within the Black and Hispanic communities it is clearly more culturally taboo to kill themselves. Homicide, by contrast, is clearly seen as a social currency/social solution amongst the younger Black community, this then fades to closer to the societal averages after 35 years of age and dramatically closer after 55.

We must look at taking serious action to limit motivations for both homicide and suicide in the various regions and demographics they are most problematic. Curbing inner city violence motivated by criminal competitiveness will not be the same as reducing suicides by improving later life mental health treatment.

A ban is a terrible plan

A ban is a mindless, methodless, and ‘hammer square peg into anything but a square hole’ type of a proposed solution for curbing motives as there could possibly exist. But not everyone agrees on that point, despite plenty of evidence.

But let us say that we implement a ban. Let us then say the ban is so stringent that all semi-autos and high capacity magazines are removed from circulation, 100% efficacy and compliance. We’re back to revolvers and lever/bolt/pump guns. We shall additionally say for the sake of argument that the common firearm is limited to 8 rounds.

How many people could we save, potentially, in Chicago being limited to 8 shots?

Potentially five people over three incidents. That terrible supposition assumes one would never reload and that the person who died was shot and killed after the 8th shot fired, also that every person was shot just once and thus shot at once. Meanwhile the number of incidents in range of every J-Frame and 5-shot shotgun, non-banned firearms, is in excess of 400 with around 150 killed. This ‘ban’ to do something about violence would maybe, maybe influence the outcome in about 1% of multiple victim shootings. Not prevent, not in the least, merely influence.

This highly improbable 1% improvement in imposing a limit on multiple victim shootings also supposes an environment of perfect compliance, which does not and has never existed. Even in an environment of 90% or greater compliance, that would leave millions in circulation and those among the most hostile to authority and the law already. Some would be among the otherwise law abiding perhaps, but many would be among those who are already the contributors to the high injury and death counts through currently illegal criminal mischief.

Not a great plan.