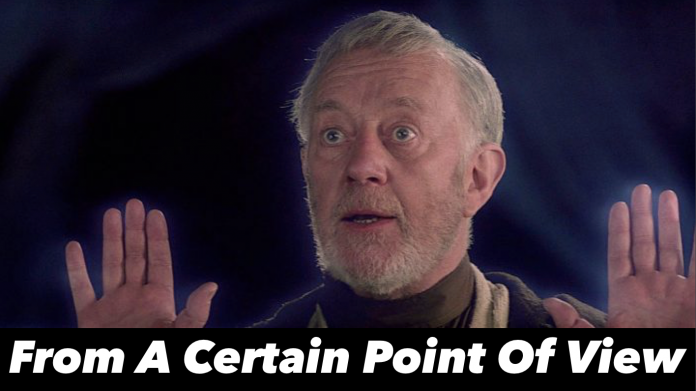 This is a favorite expression of friend and mentor Cecil Burch of Immediate Action Combatives.

Without putting words in his mouth, my understanding is that this comment is born out of people’s tendency to view things through the lens of their own experience and use that to determine viability and validity, whether that be a technique, piece of equipment, or lifestyle choice.

This is going to be a short series on my observations of that saying’s applicability in various segments of the gun world.

I will preface this by saying that these articles are not intended as any sort of hit piece or critique of any specific individual, merely my observations having spent time in various segments of the defensive space, as well as seeing how some ideas are received by folks outside of the self defense community.

My hope is to help bridge some perceived communications gaps that result in people talking past one another, to facilitate the transfer of the best possible information in the easiest possible manner.

With that out of the way, let’s begin with the first installment.

We all easily spend at least ⅓ of our lives at work. This number is dramatically higher for the self-employed, which most firearms instructors are. As such, it’s expected that an endeavor that consumes such a large portion of one’s life will color one’s outlook on what is “normal”, “acceptable”, and “expected”.

This is true of performance standards, equipment selection, and behaviors.

While normally well intentioned, when a good chunk of someone’s life revolves around firearms, the shooting sports, and martial arts, expectations equilibrate to that environment.

I mean, let’s be honest, in our circles if we go out to eat the odds are that the majority of the folks at the table will have at least one firearm on them. It’s like wearing a jersey to a fantasy draft; it’s so commonplace as to be almost expected.

The challenge lies with the fact that such a degree of familiarity and expectation will also inevitably color someone’s messaging.

The idea of being armed at all times is so obvious to most of us, and the prospect of intentionally going anywhere without a firearm can be so unfathomable that it can be expressed in ways that come across as derogatory towards those that don’t share the viewpoint.

Now I’m fortunate enough that the instructors with whom I associate have never intentionally derided anyone that has chosen to forego a firearm for whatever reason, however I have also spoken with people new to concealed carry that have expressed a perceived pressure to always carry their firearm with them.

I myself was one of those people. The peer-pressured expectation of “better to have it and not need it” led to me choosing to carry against company policy and subsequently losing a very lucrative career because of my choice.

The obvious expectations also impact how people talk about performance standards. Pick your preferred pin/patch/coin standard. Many of them are tiered. Even the bottom-most level of those are still professional level standards. Anyone that has achieved something at that level absolutely deserves the accolades, however it’s important not to mock or diminish those who don’t, since many concealed carriers and first time gun owners are performing at a JV or Varsity level.

If professional level performance is treated as a cover charge for capability, it’s very easy for the subtext of that attitude to be “if you’re not performing at that level, then you’re not good enough to win your defensive encounter”, which I view as very problematic.

The training world is by its very nature occupied primarily with high drive, high performing individuals who don’t like being beaten, so they see someone outperforming them as motivation to improve. That, however, is not true for everyone. There are some people out there who will see a chasm of disparity between their current on demand performance and the high level shooting of someone claiming “you’re never good enough”, and that can be so daunting as to make the feat seem insurmountable.

Performance standards are a double edged blade. They give a relatively measurable objective benchmark, but they also provide a lot of fodder for othering and judgment.

The sub-second draw is a popular focus lately, and some people talk about it as if it must be met in order for someone to be taken seriously as a defensive shooter.

I really don’t care what someone’s draw to first effective hit time is. I don’t care if they’re faster than me or not. If they’re faster and more accurate than they were a day or a week or a month ago, that’s the important part. And it’s up to them to determine what level of performance they want to maintain.

John Daub has done a lot of great work on trying to quantify minimum performance standards.

Everyone needs to figure out what minimums are acceptable for their context and what is realistically maintainable, and we need to ensure that we’re not denigrating people who don’t make the pursuit of peak performance their life’s work.