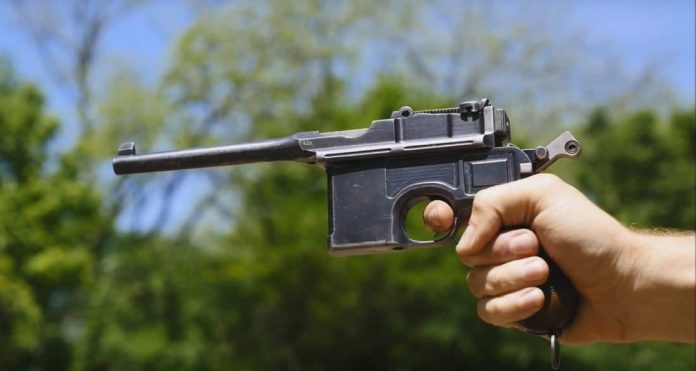 Probably best known to the current generation as the basis for Han Solo’s DL-44 Blaster, the clip-fed C96 Mauser pistol came from a more elegant time.

Mauser’s Construktion 96 was designed by the brothers Feederle in 1895 and remained in production for a half century in Germany, Spain and China (both licensed and unlicensed.) Chambered in everything from 7.63x25mm to .45ACP (see China) the semi-auto C96 and it’s Schnellfeuer (“Fast Fire”) cousin saw widespread use around the globe– and even in galaxies far, far, away.

Moreover Alex over at TFB TV shows off several variants in the video above including both semi and full-auto fire (see Schnellfeuer) and with the optional buttstock/holster.