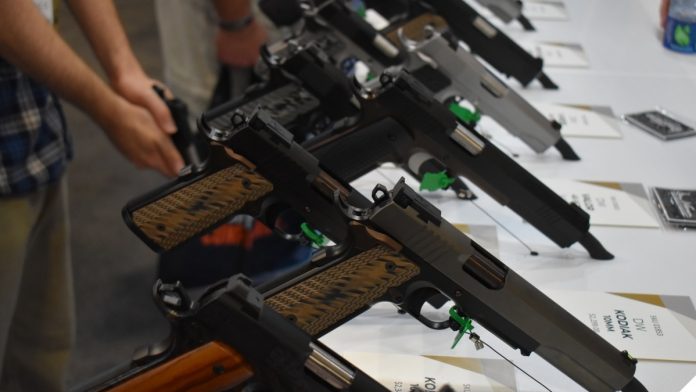 The following condensed chart is from TacticalGear.com and compiles estimates and available NICS data from 2020. There are some raw errors (like listing Michigan as a NICS exempt state) however the data matches what has been more widely reported from different sources on the raw numbers nation wide.

We blasted past the old record (2016) estimate by 34% in 2020 and that reflects several aspects of the market that converged. “New” gun buyers in 2020 made up nearly as many purchases as all gun buyers in 2011. That is a dramatic decade shift.

But as we jump into 2021 and with months and months of pandemic surge having hit the market hard, what are we looking at?

The first month of 2021 shattered the previous record (of the previous month) by 10%. We will see if the numbers hold in February-April, which have a tendency to be strong because of tax season. Biden angling to give everyone another $1,400 for ye olde bread and circuses will also likely go into impulse spending. The paltry amount won’t pay months worth of rent, utilities, etc. But it will get someone a TV, game system, or a new AR. For many who are not unemployed but simply had their work circumstances altered, this will almost certainly be used as impulse money. That has positive aspects, especially if spent at smaller businesses that have seen hard hits during the shutdowns.

But the prevailing attitude in America continues to be, ‘Arm Up’. People are still worried, tensions are still high, and with millions of new owners who are about to experience their first round of ‘The Government would rather leave you defenseless and promise you sh*t it can’t deliver, because scary gun is scary’ the landscape looks stacked to be a banner year in gun sales.

While COVID-19 and the riots fueled purchases last year, the Biden administration is set to keep stoking that fire hotter and hotter in 2021.

So we’ve got that going… I’ll be tackling this in a bit. But Democrats and anti-gun orgs are going to use their best bloody shirts waving form in order to drum up political capital. Despite the landscape on guns having drastically changed, they can still beat this drum for money and we can see the normal tactics in play.

So the forecast is more guns and combating bad legislation.