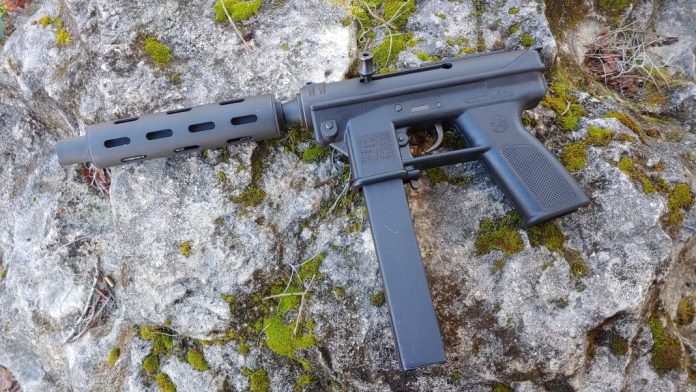 Recently a video captured by CCTV in Puerto Rico showed a brutal gang shootout. I warn you against watching because it’s quite graphic. The parties involved seem to all be involved in the ‘life,’ and according to most reports, it was criminals shooting criminals. However, this doesn’t mean it can’t be a learning experience for the defensive-minded civilian. These men found themselves ambushed, and the tactics they used to fight back were appalling.

Let’s use this as a learning experience in what not to do to survive an ambush. The first lesson we can learn is that criminals don’t follow gun laws! Surprisingly, the criminals, in this case, used machine guns. They use what appeared to be modified Glocks, but not Glock 80 percent kits, and potentially an AK pistol of some type modified to automatic fire. However, we all knew that going into this article, so let’s focus on the defensive lessons learned from this gang shootout.

The Gang Shootout and Lessons Learned

Don’t Be a Criminal

When you break down gun violence statistics in the United States, it’s actually statistically rare to be the victim of a shooting if you are not a criminal. Criminals tend to get in shootouts more than the normal public, and unsurprisingly tend to get shot more often. Don’t be a criminal is the first lesson learned from this gang shootout.

More so than that, don’t be in stupid places, at stupid times, with stupid people. This occurred at a birthday party, and there were likely plenty of civilians on the scene. We see one older guy barely survive the event. Even if you aren’t a criminal, it’s wise to avoid criminal gatherings and criminals in general. As we saw, the shooters in this scenario weren’t surgical shooters. They sprayed and prayed, and even when you aren’t a target, you could easily be collateral damage.

Get Out of the Kill Zone

Escape the situation as soon as possible unless you have machine guns, grenade launchers, and a supporting squad. This gang shootout had none of that. They had men dying in an alley and trying to fight when they should’ve been focused on evacing.

The one gang member who wasn’t taken out in the initial ambush pursues the attackers who are leaving in a vehicle. He fires his handgun haphazardly, and out of nowhere, another vehicle opens fire. He didn’t have a full grip on the situation and charged into a gunfire tornado.

The lone, uninjured gang member eventually retreated under fire but didn’t evacuate the kill zone. Instead, he fired back, trying to hide behind the thin skin of a car. He seemed to think it would be cover, but he stands behind the thin-skinned design.

The only portion of cover the car would provide is the engine block. He remains behind the thin panel portions of the vehicles and pays for it when he gets hit and collapses to the ground. As the gang shootout continues, we see some of the guys on the ground keep shooting, but they seem to have no effect on the enemy and remain out of cover and in the kill zone.

If you have to engage and can’t escape, then use cover that stops bullets. A car’s engine block can do that. Make sure you stick behind cover as much as possible and make yourself a teeny tiny target.

Aim Your Firearm (Drop the beer)

During the gang shootout, one of the members engaging doesn’t seem to aim. He does the classic homie hold, tilting his gun sideways and using one hand to fire. He’s carrying a beer and doesn’t seem to prioritize dropping it. If he had, he could assume a two-handed hold and actually aim.

If he aimed during the gang shootout, he might have had some effect on the threat.

At the end of the gang shootout, the ambushers close the distances and fire dozens of rounds into the bodies of their opponents. They fire bursts of full-auto fire into the bodies. Some of these guys seemed to be playing dead, and guess what? It doesn’t work. Always try to escape and fight. Playing dead isn’t a tactic that should be considered until all other avenues have been sealed off. If they come to clean up and push through their objective, you need to act in a way to deal with that. 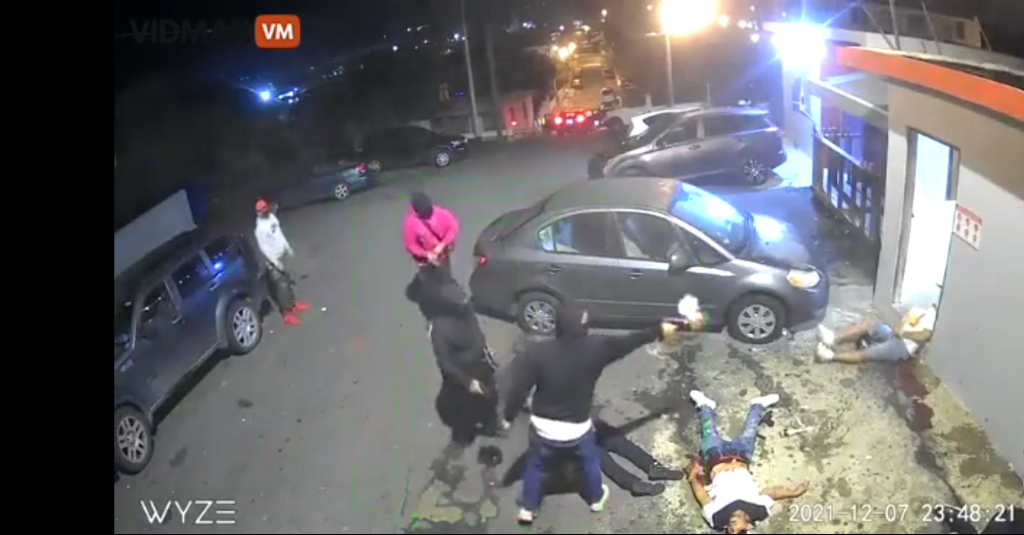 The video is brutal, violent, not safe for work, and not safe for life, to be honest. However, it might be worth watching from an educational perspective, although if you’re squeamish, stay away. Education can come from a number of avenues, even if they’re from less than savory lifestyles.