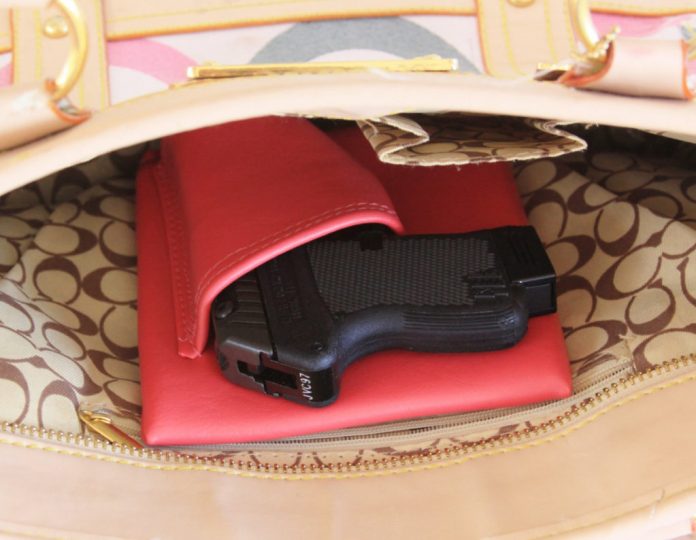 Last evening at a social event, my wife was engaged in a conversation with the wife of an associate. I half listened until I realized that the conversation had morphed into gun control.

It became more interesting when I learned that the other lady had been a United States Marine, and had been part of the security detail for one of our better known and highly esteemed presidents. She has a Washington CPL and although we were in Oregon, I didn’t question whether or not she had one from that state as well.

It was most interesting, given her background, that she was purse carrying, and that she walked away from her purse and keys for an extended period of time. Noting the above, she was expressing her position in favor of stricter gun laws, as she personally believes that most people, herself of course excluded, would not be competent or fit to carry a firearm.

At that point I inserted myself into the conversation. I took quiet but definitive exception to her position and I asked her ‘the question’. That question, of course, is: “What law of any kind has prevented a crime? “

She was clearly taken aback and could not answer the question, but proceeded to offer a flurry of comments in favor of red flag laws, which I deflected by repeating the question. She drifted into the subject of law enforcement and the need for laws and enforcement, and I took the opportunity to remind her that enforcement of law is punishment but not prevention. There is no prevention in apprehending and punishing a criminal. The crime has been committed because the criminal does not obey the law. She flustered a bit and then chose to break off conversation.

I am personally quite satisfied with the outcome. I have come to the conclusion that people with her mentality will not be changed by any pleasing argument, or by any partial acquiescence to their premises.

We honest citizens must come to the sure and certain understanding that there will be no satisfaction on the part of those who consider themselves “elite“ until they are the only ones in possession of the tools of self-defense. They have no concept of Constitutional existence. Their false pretensions of rationality are clearly negated by their lack of common sense and performance.

It is my considered opinion that they truly have no understanding of that which they are proposing. They believe that the police will do their dirty work and go house to house confiscating firearms.

Except where police are corrupt, that will not happen. Every police officer whom I know personally has firearms at home for family members. None of them are willing to have those firearms confiscated, leaving their families at the mercy of the criminals who would not hesitate to do that which criminals do.

My comment, terminating the conversation above, was: “… it will be interesting when those who do not have guns assume that they will be able to take guns away from the people that have them”.

All DRGO articles by Robert A. Margulies, MD, MPH