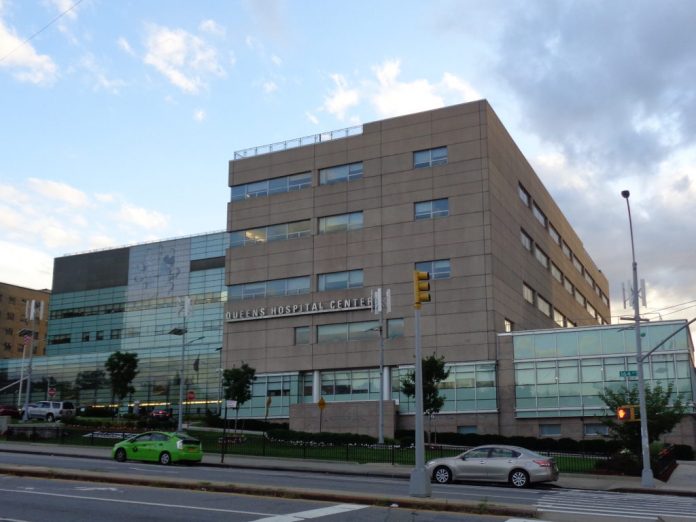 I was very pleased to be asked to speak to the Department of Psychiatry last Friday at Queens Hospital Center. QHC is affiliated with Mt. Sinai’s Icahn School of Medicine. It was a unique chance to give the DRGO view in the heart of anti-gun sentiment, New York City, and a welcome opportunity to preach data and reason to a roomful of progressives who had to sit and listen.

The invitation came from Dr. Neil Mukerji, a dedicated DRGO member who decided to let his colleagues know him better. We need to do more of that. As Charles Krauthammer put it: “Say what you think . . . say it honestly and bluntly”; “go . . . into a liberal lion’s den. That’s where you test yourself.”

There’s no recording to memorialize my verbal tics for posterity, but it may be worth reiterating the main points presented regarding Gun Violence Research: Public Health & Mental Health.

One has to note that the text of the Second Amendment is the framework within which any interventions have to fit. And then set that against some quotes from anti-gun research and public establishment figures from the 1980s and 1990s, which was the culture that had to be confronted.

The risks of anti-gun success include government monopoly on force, beginning with universal gun registration (as has preceded all modern gun confiscations, which too often precede totalitarianism). The consequences of forbidding access to Colt’s “great equalizer” would be especially dire for women, the elderly, and anyone who is not a strong, aggressive male.

It bore stating to this hospital audience that guns are not infectious, that ‘gun violence’ is not epidemic, and that our lane as physicians should above all be to reduce the second leading cause of death in the United States (after tobacco): iatrogenic deaths, easily 400,000 yearly. It’s shameful that physicians feel free to insert ourselves into politics, criticizing the mote in other’s eyes, when we deny the timber in our own.

The subject of defensive gun uses came next. There are far more than anyone imagines with as many or more lives saved as gunshot costs us each year. To my mind, this is the single greatest point that gets lost in the “conversation”. Good public policy cannot be made based on emotional anecdotes, but requires a neutral, hard look at the full range of risks and benefits of potential interventions.

What about the effects of culture on violent crime and homicide? It’s not just about guns, granting that firearms are used in these far too often here. But just a glance at the rates of those tragedies around the world shows that the United States, with far and away more guns per capita than anywhere else, shows only low to middling rates of these compared to countries around the world that rigidly limit legal gun ownership, most of whom seem to favor hanging to do themselves in.

The data from objective researchers as well as, surprisingly, some gun control advocates shows that there is no correlation of strict gun laws or background checks with rates of homicide and violent crime. Trends in many places show reductions in violent crime when legally owned firearms become more available. Background checks, that magic pill for eliminating bad actors from gun ownership, are error-prone and likely contribute little to preventing crime.

Half of our violent crime occurs in just 3% of zip codes, and actually in just a few neighborhoods within them—generally poor, urban and non-white areas ridden with drugs and gangs. These criminals (who are also the most common victims) are largely adolescents and young men. (Who are all too commonly identified as “children” in studies pulling for maximum emotional impact).

The solution isn’t to disarm the law-abiding population. It is two-fold and must be directed at these perpetrators who are also at such risk. Young men without strong, ethical role models need effective mentoring to steer them away from hazards. Once crime is committed, consequences need to be swift and lasting to limit repetition, because the best predictor of violent behavior is previous violence. There are a variety of programs and practices around the country doing this.

With all this, per capita, per gun and gun owner, especially if one avoids the small areas with the most violence, the United States remains one of the very safest countries in the world to live in.

With regard to mental illness, only about 4% of violent crime is committed by identifiably psychiatrically ill individuals. Our patients are far more likely to be victimized than to hurt others. But suicide has not dropped along with violence to others, and as the greatest risk of death involves firearms, it needs far more attention. We believe there is treatable illness (depressive, psychotic, etc.) in nearly all who die by their own hand. When 54% of suicides do not come to attention as mentally ill prior to death, it’s clear we have a great deal of work ahead of us.

Firearms are extremely lethal in suicide attempts, 18 times more likely to end in death than most other means (though jumping can be just as deadly, and hanging is increasing in frequency).

But there are large cultural issues in suicide to be grappled with. As with violence, the great number of firearms in America still leaves us below the average of suicide rates globally, with other nations preferring hanging, poison or jumping. Means substitution is a controversial subject, but I think it is virtually a sure thing in the long run—suicidality will not diminish just because Beto comes for our guns.

Acutely, the high lethality of readily available firearms matters very much. The final act may be somewhat impulsive, but the typical suicide has been working up to it for some time with a fixed idea of what he must do. When the attempt can be prevented or interrupted, most people can be healed and will likely never try again.

Thus the question of “Red Flag” laws has to be addressed. Their point, to intervene in cases where someone realizes someone else is in danger (or might commit violence), is valid. But as they have so far been enacted in 14 states, they are dangerous themselves and badly infringe on multiple constitutional principles that we normally prize. That they usually define possessing a gun as an actionable danger in itself is scary enough. Then confiscation is ordered unbeknownst to the subject, who only then can fight for his rights and property at great expense. Guilty unless proven innocent is not the basis of our society.

All we know about their efficacy is from Connecticut, which has had one for years: perhaps one suicide has been prevented for each 20 confiscations there and no homicides at all. But one man in Maryland was killed during the surprise execution of the order.

What should we do? Adding to the 22,000+ laws that regulate the militia . . . sorry, legal gun ownership and use . . . won’t help. The meme that matters is: “See something, Say something, Do something.”  In cases like the massacre at the M.S. Douglas High School in Parkland, Florida, where authorities ignored many fears and warnings, the “Do something” failed, and has far too often. In cases of criminal threat, the legal system must do its job. When there may be psychiatric instability, expert evaluation must be obtained, and if inpatient treatment is indicated it must continue as long as needed until the person can be discharged safely.

Education is the key to true ‘gun safety’. Four simple Rules are really all that is necessary, and children should be taught them just as they learn to swim against the risk of drowning. People will encounter guns in our world, and must understand what they do and how to deal with them. There are programs for all that can teach everything from basic safety to expert marksmanship. The firearm industry, from major manufacturers through NSSF to the NRA to individual gun shop owners all offer or participate in educational programs that can teach safety and prevent tragedies. Our gun culture needs to be respected for all that rather than vilified.

Firearm research is a good thing; the problem is that so much of it is bad, biased, of shoddy academic and statistical quality, full of correlations, associations, and arbitrary data selection and conclusions that primarily meet the research goals rather than produce reliable findings. Despite the constant calls for more money to do more research, there has always been money for anti-gun studies, of which there are actually more than ever.

The questions after were as expected. One did want to know more (about the Dickey amendment). The other two were classic diversions. “Do you think your hunting is more important than children’s lives?” (Of course not—my hunting doesn’t endanger any children.) And, “Children’s car seats have improved through regulation.” (Sure, but the ideally functional gun simply fires when the trigger is pulled, and does not when it isn’t. I alluded to the mistaken notion that “smart guns” will make anything better, if they ever become usable.)

Sorry, I don’t remember if there was any applause at the end. But there sure were a number of attendees who couldn’t wait to get out of there and back to work!

Nonetheless, this was an excellent, Krauthammer-ish experience for me, DRGO, and the few brave souls who felt reinforced in their counter-cultural advocacy of rational thinking about firearms in the Big Apple. We had a marvelous time at lunch right after and hope to do it all again and more. For me, a free afternoon in New York City was quite a perq, too.