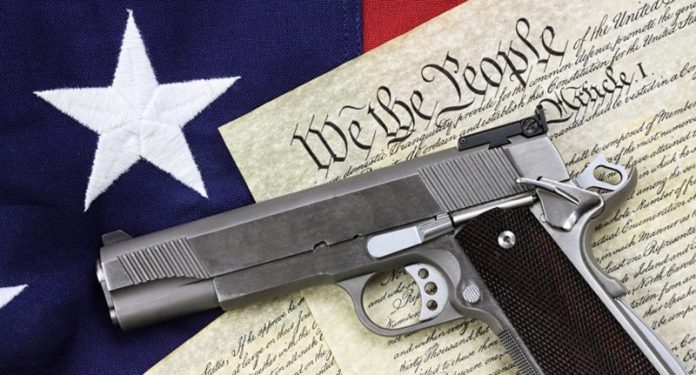 In the continual struggle with the judiciary to secure rights that judges too often think they grant us, we win some fights and appeal others—to the Supreme Court, to Congress, and to public opinion.  In the latter case, we make it clear to our leaders that we want our rights to be protected rather than curtailed, and if they can’t find a way to do that, we’ll replace them.

An example of this is the ruling of the 9th Circuit Court of Appeals that find there to be no right protected by the Second Amendment to carry a concealed handgun outside of one’s own home.  This is the latest in the Peruta case that is on its way up from San Diego to the Supreme Court.

To review, California law allows local law enforcement to determine what constitutes “good cause” as a requirement for issuing a concealed carry license.  The ruling quotes Blanca Pelowitz, Manager of the San Diego Sheriff’s Department License Division on this question:  “Good cause . . . is defined by this County to be a set of circumstances that distinguish the applicant from the mainstream and causes him or her to be placed in harm’s way.  Simply fearing for one’s personal safety alone is not considered good cause.”  This is clarified by adding examples of people who either have suffered violent crimes against them or can produce documentation of threats, who are business owners who transport high value goods or cash, or people in areas where encounters with dangerous people or situations is likely.  Of course, that doesn’t mean the act of living in say Oakland, and a desire for personal or family protection isn’t seen as a sufficient reason.

In the view of the majority, the requirements of the Second Amendment are satisfied, presuming that law has any relationship in this case, by the “numerous exceptions to these general prohibitions” against carrying firearms.  Examples of these exceptions are active or retired peace officers, bank guards, zookeepers, and hunters—provided these lucky few have taken an approved course in firearms training.  Another exception is someone who reasonably believes an innocent person’s life or property is in immediate danger—reasonable, once again, something to be determined by the people who don’t want ordinary citizens carrying guns.

The ruling performs a dodge, though, by saying that since the plaintiffs didn’t raise the question of open carry being banned, that can’t be used as an argument for removing discretion from law enforcement on the issuance of concealed carry licenses.  In the view of the majority, if the Second Amendment does protect a right to carry—what else might “bear” mean—it would apply only to open carry, leaving states free to regulate concealed carry as they choose.

The majority opinion goes on to cite laws from Medieval and Renaissance England and on to America during the colonial period and the first century as a nation.  The English examples are important, considering how much of our Constitution is a statement of our desire not to be like the mother country, and the cases of U.S. law only serve to remind us of how much progress we’ve made on the subject of rights.

A parallel subject is the progress we’ve made regarding marriage equality.  We’ve gone from the Lawrence v. Texas ruling in 2003 that found that private sexual behavior between consenting adults is protected under the Fourteenth Amendment to a finding last year that marriage is something that must be available to same-sex couples just as it is to heterosexual partners.  The court’s Obergefell ruling was based in part on the trend in the states to recognize marriage rights.  In the same way, the courts ought to see the trend of concealed carry licensing, policies that have moved from no-issue to shall-issue or constitutional carry over the last several decades.

But as the dissenting opinion makes clear, the effect of California’s policies is to make lawful carry of handguns outside one’s home all but impossible.  To the dissenters, this is a violation of the Second Amendment.  In their view, after Heller, courts must read the amendment in a way that offers “broad constitutional guarantees.”  They cite rulings, including the Moore v. Madigan case in Illinois as examples of how Heller has been precedent for finding a right to carry legally.

This ruling is likely to be appealed.  What would happen to it at the Supreme Court is unclear, considering the current vacancy.  This is the kind of situation the highest court tends to get involved in, when the various circuits come to differing positions on the same question, and a four-to-four tie wouldn’t help.  The need for pro-rights justices couldn’t be clearer, and thus the need for voters to tell politicians to make and approve of such nominees is an obvious duty.