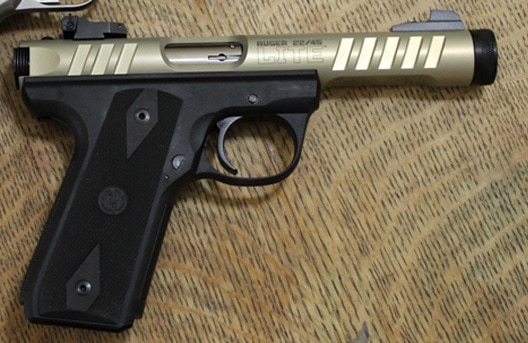 How many among us has found one of childhood’s early joys to be shooting .22LR through a Single Six, a Bearcat, or perhaps the best-known rimfire rifle on the planet, the 10/22?  No matter your rimfire passion, for more than 65 years, Ruger has done its best to feed both hunter and shooter markets.  Sure, there are a number of other worthy rimfire guns from other manufacturers, so why crown Ruger king?  Here are eight good reasons why.

The reasons (errr… guns) why

Ruger has actually covered the whole market, and remarkably, all of these guns are in current production.  There’s something for everyone.  AR platform semi-autos, bolt action rifles, cowboy-style single action revolvers, rotary magazine long-guns, and everything in-between.

The Mark III line is theoretically king to rule over all kings in Ruger’s rimfire jungle.  Why?  Because it’s where Sturm and Ruger cut their teeth on the Standard steel 22LR semi-auto.  According to a Ruger representative, the company was founded on the Ruger Standard pistol in 1949:

Rimfires have played a significant role in the company from the beginning. Our goal as a firearms manufacturer for people that hunt and other sporting purposes is to provide quality handguns and long guns that meet their needs. Whether it is small game hunting, competition, or informal plinking with family and friends, we feel there is a Ruger for their activity.

And indeed there is.  Who among us will forget the first time we pulled back those tapered bolt ears and let ‘er rack one home?  The Standard was the first sidearm I remember as a child.  While the old silver eagles and the MK’s I and II are now only on the used market, today’s MKIII line still carries a Standard.  Of course, there are also now Target, Hunter, and Competition models as well.

The 10/22 is perhaps the most versatile gun platform of our era.  Sales of the 10/22 since its introduction in 1964 are well into the millions.  Known for accuracy, these little plinksters are also well-balanced and, with their trademark rotary magazines, have claimed as many squirrels afield as they have tipped tin cans in the backyard.

Species abound: in addition to the standard model, there is also the deluxe, takedown, carbine, compact, tactical, target, sporter, and then some wild distributor exclusives, not to mention the pages upon pages of aftermarket gear.  Though the price varies widely according to configuration, with all its options, the 10/22 is downright affordable considering it is a gun for posterity.

Think classic, smooth, and convertible.  With its convertible 22 LR and 22 WMR cylinders, the Single Six is the ideal westerner’s single action revolver.  In addition to the old standby 22’s, the New Model Single Six is also available chambered for 17 HMR.  Available with a variety of grips, the Single Six can be had in either stainless or blue.  I grew up tucking the convertible version into its long, worn leather holster along with gunslinger dreams.  Today’s buyers have the choice of not only the convertible Single Six rimfire, but also the Single Ten, Single Nine, 17 HMR, and the ribbed-barreled Hunter.

I’ll cut a corner here, and pile two of Ruger’s offerings into one category.  The SR22 line carries both an autoloading AR-style rifle and a double action pistol.  At just over 17 ounces empty, the SR22 semi-auto rimfire pistol is a plinkster’s sidearm. This double action has an external hammer, stainless barrel, and plenty of sleek serrations. Everything about the SR22 screams user-friendly.  There’s the adjustable palm swell grip options and adjustable rear sight, right down to the ambidextrous safety, decocker, and mag release.  The picatinny rail holds lights or lasers, and threaded barrel option is sweet with silencers.  MSRP runs floats around the $400 mark, while the rifle books just over $600.

The 10-round SR22 rifle is as tactical as rimfires get, with multiple picatinny rail mounts, rapid-deploy sights, a mid-length handguard, Hogue grip, and adjustable buttstock.  The best part? The SR22 Rifle is American-made with an all-aluminum chassis—not your typical chintzy polymer .22 AR.  Besides, what other AR-platform accepts Ruger’s rotary magazines?

Sure, we’re all familiar with the knockdown power and accuracy of Ruger’s M77 line of centerfire rifles, but what of the 77/22 and 77/17?  Ruger answered the call for a quality, adult-sized rimfire with the 77/22 rotary magazine rifle.  Jumping from its 22LR beginnings, the 77/22 is now also available in both 22 Magnum and 22 Hornet.  The newer 17/22 is naturally chambered for both the 17 Magnum and 17 Hornet.  In many configurations with retail prices ranging from $899-969, and the physical build and weight to match, this is the serious shooter’s rifle.

Clearly the 22/45 was born of the Ruger MKIII’s internal cylindrical bolt design. Yet if you crossed a rimfire with the looks of a Luger and the feel of a 1911, you’d find the 22/45.  There’s a target model, a threaded barrel, and the 22/45 Lite with its fluted barrel.  Sure, like all the aforementioned arms, this can be either a solid plinker or a hunter.  But with Ruger’s specific attempt to mimic the lines, feel, and fire control locations of the 1911, the 22/45 is oft-thought of as a training arm.  As far as I’m concerned, these are some of the sportiest of the Ruger rimfires.  Just check out some of the Lite variants—way more tactical assassin than dusty cowboy.

The Ruger New Bearcat is not your typical single action revolver.  It is smaller, tighter, and lighter, being designed with an eye to the old Remington single actions of the 1800s.  Considerably smaller than the Single Six, this .22LR little gem tucks away easily for hiking, carrying, or just plinking.  The sharp scrollwork cylinder is perhaps its most notable touch, besides its unique shape and compact 4.2” barrel.  The only thing holding this ‘ol cat back has been its price, with a current MSRP of $569 and $619 for alloy steel and stainless, respectively.

If bolt guns feed your inner beast more than autoloaders, Ruger has thrown fresh meat on the table.  Not only does the American use the 10/22’s classic rotary magazine, it’s another 100% American-made long gun.  Available in both standard and compact models, the American can also be had in .22WMR and .17 HMR.  Where the 77/22 feels like a rifleman’s rifle at 7-7.5 lbs, the American weighs in from 5.38-6.00lbs.  Not only is a rimfire base integral atop the receiver, but it is also drilled and tapped for weaver mounts.  The features are many: adjustable trigger, modular stock system for both comb height and length of pull, and free-float barrel.  Retail price runs $329 and the few that have hit store shelves have not remained there long.

Don’t get me wrong.  Like many gun owners, I own too many rimfires, and they are certainly not all Rugers.  My best shooter is an old Anschutz-style falling block.  I appreciate Savage’s offerings to the market, including the B-Mag in .17 Win Super Mag rimfire.  I’m equally fond of S&W’s Model 17, Marlin lever rimfires, and the sweet old Belgian Browning takedowns.

Singles and Chargers and Bearcats, oh my!

The heart of the matter is this: No honest marksman or woman can list the top ten most popular and lasting rimfire guns without naming more than one Ruger.  There rimfire menagerie includes autoloaders, bolts, revolvers and pistols.  Single actions and double, heavy and light, classic and modern or wild and hairy.  Love ‘em or hate ‘em, you can’t argue the fact that Ruger has more quality rimfire offerings on the market than any other manufacturer and, obviously, these rimfires sell, or they wouldn’t still all be on the market after so many decades.  And their rimfire legacy just keeps expanding.

So, what’s next in Ruger rimfires? The newly designed, super-sweet, suppressor-ready Ruger Charger—that’s what.  Check out my review here.  But, if I had it my way I would implore Ruger to next complete their rimfire pride by re-invigorating the 5mm Rimfire Magnum.  Dreamers can always dream.