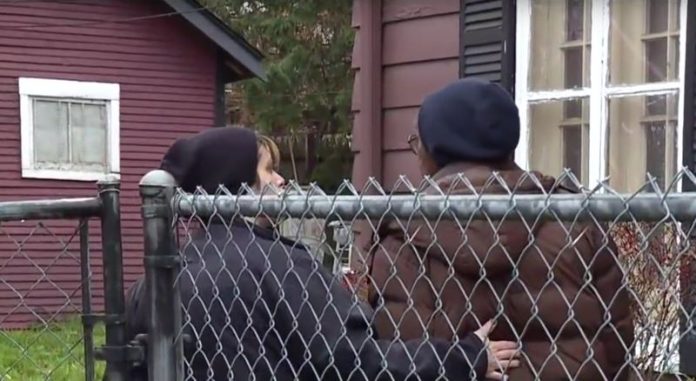 A teen boy is dead after he and an accomplice broke into an elderly man’s Detroit home early Friday morning.

Police say the suspects, who are between 16- and 18-years-old, first broke a back window, then used a crowbar to open a door just after 3 a.m. But the 75-year-old homeowner heard the commotion, armed himself and confronted the intruders near his kitchen.

During the confrontation, the homeowner fired several shots, striking one of the suspects in the head. Once shots were fired, both teens ran out of the home, but the injured suspect collapsed in the back yard. He was pronounced dead on the scene.

The neighborhood security chairman for the Grandmont Community, the neighborhood where the break-in occurred, did not want his name released, but told reporters the two suspects presented eminent danger and the homeowner protected himself.

The security chairman said there has been rash of break-ins recently.

“There’s no reason for anyone to violate the rights of a senior citizen, women, children, and try to break into their homes,” he said.

Police confirmed the homeowner is fully cooperating with the investigation and no charges are expected to be filed against him.