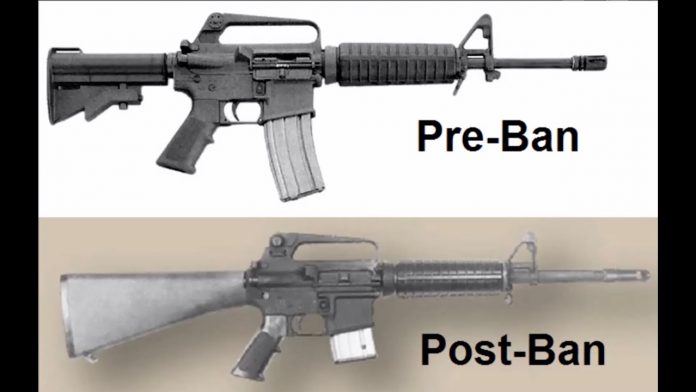 The problem with Gallup’s question is defining what “stricter” is. It might as well just say “better” instead. Americans want our gun laws to be “better” and produce a lower violent crime rate. That’s what we want. The problem, what are we actually getting? What are the fruits of the law’s labor. Did we improve upon our goals, how did we, and could we do so in a less invasive manner for the American citizenry?

Here’s Gallup’s chart. Again with the vague “more strict” descriptor. But if we begin chopping this into actual policies, like “handgun ban” for example, the support shifts wildly. A handgun ban, despite being objectively the most widely used firearm classification in crime, has only 29% support.

Even the question is absurdly vague, I know this is how we get base opinion data but the issue is politicos take this as a license to try and pass literally anything flashy instead of crafting an policy designed for positive effect.

Looking at the second chart this is so very clearly a partisan issue with partisan messaging its depressing. Democrats identifying voters have swung nearly universally along the extreme of their party line when it comes to firearm policy, especially when that policy is put in vague positive sounding terms like “stricter” and not detailed down like what a Universal Background Check is or just how absent due process is in a ERPO.

It’s telling that the minute you begin to explain these policies to reasonable democratic voters, even in basic terms, support drops off rapidly. Democrats are largely as well meaning and well reasoned as we are on topics they have a grasp of. It’s clear that they are as we see specific policies lose the mass support and only the extreme end of gun controllers who want an all out arms prohibition remain.

A ban on handguns, again arguably a move that would significantly impact crime rates (both positively and negatively) has no majority support. Even among democrat voters it’s only 44% compared to the 88% who want “stricter” gun laws. That would certainly be stricter. When a policy is cloaked in generalization is easier to elicit a ‘positive’ response from the general population who all have the same general goal of living a “better” life.

After a spate of deadly shootings this summer, Trump appeared open to gun reform, but administration officials have recently said that he has backed away from any proposals and will take no action on the issue. Meanwhile, Democratic presidential candidates have aggressively campaigned for gun reform. – Gallup

Trump and the Republicans can suffer that same fate, being caught in generalization. Everyone can agree something must be done. It’s when that something actually has to become something written down as a policy to enforce that it all the support vanishes.

Gallup, I know that low poll numbers on this or that topic wouldn’t look compelling but it would be illustrative just how many people support something like a UBC or ERPO/Red Flag law after being fully educated on the policy, how it works, and what its impact and limitations are.

I would hazard a guess that the hardcore supports of many of these policies are ideologues without any practical understanding of the enforcement mechanisms. I want to see the chart of persons who support a Universal Background Check vs. those who understand what a UBC is and can articulate, even basically, an infrastructure to support it.