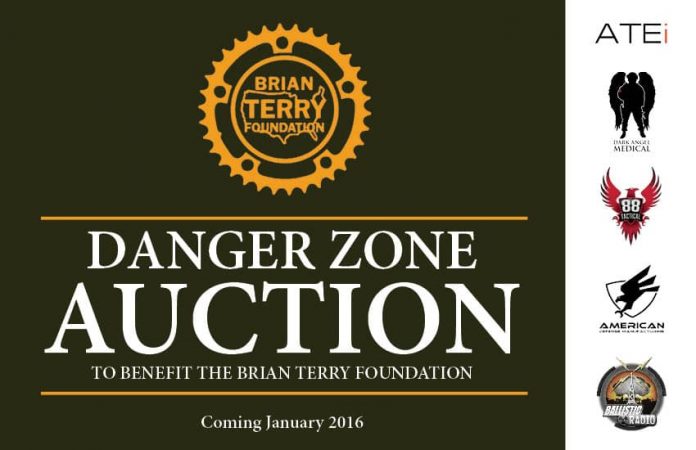 248Shooter, Gat Daily and a slew of other Michigan and National companies are proud to support Trek and MDFI in their Annual Brian Terry Foundation Fund Raiser. We are proud to be a part of this as a donating member and Thank Trek, Doug of ATEi and all those involved in putting this together.

This year the fundraising is being opened to the public and YOU can help. Regardless of your financial situation, there are ways YOU can directly do something to help. Share this post with your friends on social media and via email. If you have the financial means to do so, then be sure to sign up to GunBroker and bid on auction items from Jan 2nd-21st.

Here is the official press release for more information.

It has been 5 long years since US Border Patrol Agent Brian A Terry’s life was taken by criminals armed with weapons supplied by the US Government’ failed OPERATION: FAST AND FURIOUS. Since then, only foreign actors involved in the killing have been brought to trial and convicted in US courts. To this day, not a single member of our government has been held accountable for their roles in an operation that armed narco-terror groups and cost the lives of hundreds if not thousands of innocents including Brian Terry. At every turn, powers that be in our own administration continue to keep answers from the family of a man who gave all for his nation.

Today, Brian’s family continue their quest for answers all while working to ensure that the legacy of Brian A Terry remain in the forefront of Americans everywhere. A Marine, small-town cop, Border Patrol Agent, and member of the esteemed BORTAC, Brian was the epitome of a patriot looking only to make the world a better place. The Brian Terry Foundation continues that legacy in its many missions. 100% volunteer run by Brian’s family, the BTF fights to get answers and accountability regarding Brian’s murder, offers scholarships to young people on their quest to become law enforcement officers, and gives assistance to the families of fallen Border Patrol agents in need.

Throughout January, all Americans will have the opportunity to join an amazing fundraising auction that will continue to fund the BTF for years! The online superpower Gunbroker.com has generously offered the use of their site fee-free where over 50 items from across the firearms and firearm training industry will auctioned off and 100% of the proceeds heading to the Brian Terry Foundation.

If you are interested in joining the happenings at the Danger Zone auction, learning more about the life and legacy of Brian A Terry, or donating direct to the foundation, please check out HonorBrianTerry.com and follow the foundation on Facebook.

We want answers. With your help, we’ll get them.