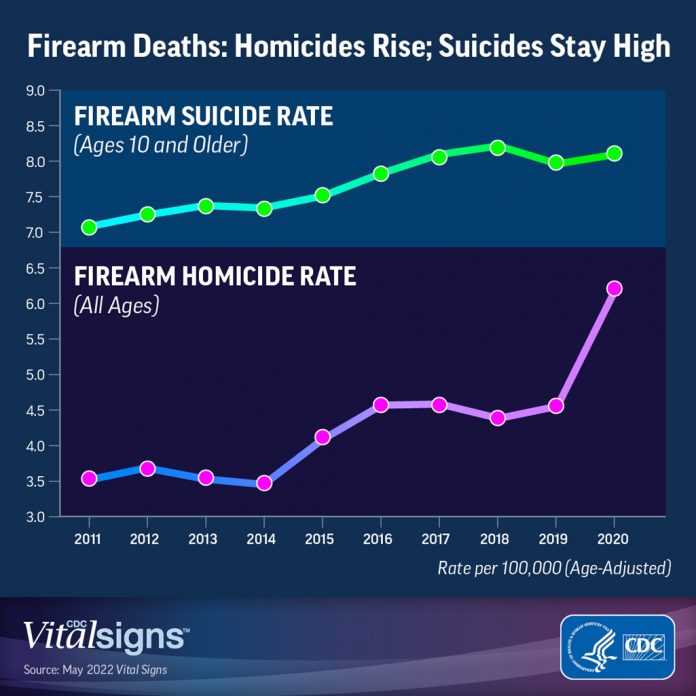 2020 was a rough year and the mortality stats confirm it.

I mean that sincerely. It was a year where we shut down country and strained the nation past certain breaking points, the results of bad reactionary decision after decision that were limping along when things were good.

When things got bad. When we had to combat an aggressive viral infection, and we axed people’s livelihoods to do it, then we filled their media with fear, hatred, and comply no matter what or you’re “the enemy” of good people. Things broke. People got violent.

Oh, and riots. Remember those? Remember cities on fire over ‘the wrongs’ of the society, all culminating in a riot(ish) event around the election too, the infamous January 6th. One that was either a total coup/insurrection/tustle/favorite scary word for a group temper tantrum.

So yes, 2020 was a bad year. Those with the least margin of comfort, the impoverished, were hit hardest by the drastic changes and too little too late recompense. Cities especially turned more violent and those at highest risk of violent assault and death suffered more of it under the strain of the pandemic responses.

Was homicide tied to the historic numbers of guns being sold? All the “assault weapons” in ciculation?

I’m sure somebody will point out out that gun sales, or background checks at least, surged 39% while homicides surged 35% from 2019 to 2020.

But only if you ignore real volumes, prior year data, and all societal strains and motives that drive the firearms economy. Motives like that Gen Z in general, and increasing numbers of minority and female buyers are becoming more firearms friendly. Also ignoring that the worst spikes in crime in this 2020 spike were the areas we already know are the highest risk.

Firearms sales dipped a little in 2021 but our information is indicating deaths went up. Sales may have dropped a little, but taken in the wider context of it being the second year of the pandemic and post riot stresses, the numbers staying elevated makes sense. I suspect 2022 is going to be higher than 2021 but not by much and I may be wrong and we will see a slight drop as we saw certain stresses ease into an equilibrium again. Sales of firearms have fallen off sharply to back between 2019 and 2020’s numbers, again no correlation of sales to deaths is attributable in a vacuum.

Social stresses though, those are still being felt dramatically. I N F L A T I O N being the big one at the moment and contributing to others. That’s the wonderful [sarc/] thing about social stresses, they compound very efficiently.

We pushed an on edge nation during a time where we were already not the friendliest to each other, and where politicos on both sides had been softly implying violence against the ‘right’ people was okay. We were sitting on a rather nicely pressurized mess of stress and then cranked the pressure relief valve all the way closed.

Now we are acting shocked that it popped, and blaming the mere existence of weapons for that pop. If the sale and transfer of firearms were the problem, it would be obvious. The data would track. It doesn’t. It does nicely track with how “calm” the messages our society is circulating through media are, along with the real world economic and social stresses.

People need to take a deep breath and go touch some grass. Nothing happens in a vacuum and we can turn the trend in violence and suicides around. But I don’t think we see it until the mid 2020’s at this point. I’m hoping 2022 shows a dip from 2021, and if we’re using Chicago as a measuring stick we might. We need to keep on top of all the points of societal pressure to make certain that violence isn’t the path of least resistance to the end goal. We will see a more civil society again if we focus on those points.

Expect this CDC report to be used to push gun control anywhere it has a chance of sticking. Expect New York, California, and their followers to go harder on restrictions if they can. I don’t know what the Supreme Court is going to do, especially with the Roe leak changing the civil pressures again and putting the Justice’s at risk on one of the easily two most contentious issues in public discourse.

Definitely expect the usual suspects to report on “record increases” in homicide rates and then quietly allude to the fact the overall rate is still average. Not great, but solidly middle. The world isn’t great right now, but it has certainly been worse in living memory.