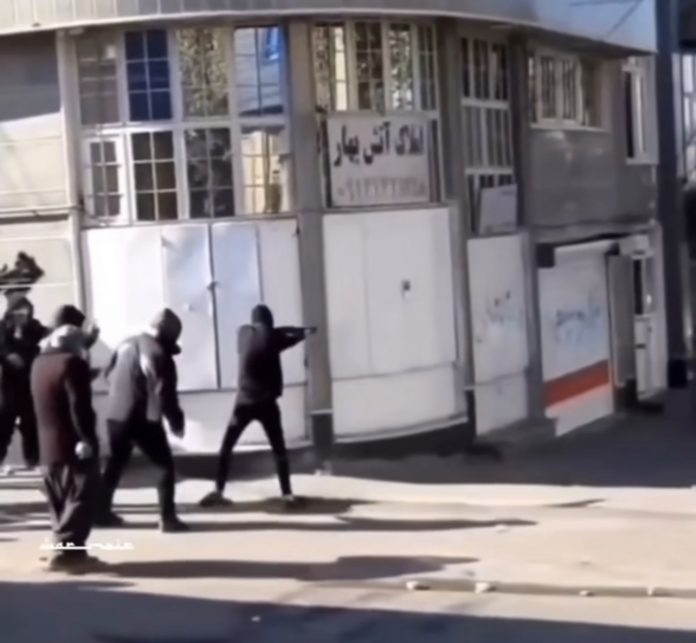 Iran has been in heated protests for 67 Days at this point. It started with the killing of Mahsa Amini by Iran’s ‘Morality Police’ which is always a giant bucket of red flags. We’ve seen efforts of promoting state enforced morality from both sides of our political spectrum here in the US, but our nuttiest tryhards are the mainstay cops in Iran.

Amini had been arrested for refusing to wear a hijab, a head covering worn by Muslim women to conceal their hair. The precise circumstances of Amini’s death are unclear. The Iranian government maintains that she died of a heart attack while in coma at a hospital in the capital city of Tehran, but protesters and critics argue that she was in a coma as a result of beatings and torture endured while in police custody.

They then escalated against protesters by voting to sentence 15,000 of them to death as ‘an example’ of what protesting against the government will result in. The equivalent of their national legislative body voted to execute 15,000 people. They were going to kill half again more people in one go than our average annual homicide number.

They are being forced to fight back against this with weapons they had to take from those same government forces.

Because of the 2nd Amendment, the likelihood that our government is ever able to approach within shouting distance of this level of tyrannical insanity with either party at the helm is unlikely. It is imperative we maintain the full strength of the 2nd Amendment to continue that assurance.

To recap, the government of a sovereign state in 2022 ordered the deaths of 5,000 more people than are murdered in the United States each year. In one action the government of Iran ordered thousands killed to get them inline with the slaying of woman refusing to put on a scarf. Comparatively in the US in the last 22 years only 85 people at the most per year were killed for capital crimes, in 2022 it is has been only 3 people. 5,000 times more people were sentenced to death by Iran for the act of protesting than for all US Capital punishments delivered this year.

We maintain that balance and respect through the impossibility that the government could successfully prosecute such an act against the people on that scale. The government here is far from perfect, but it is a damnably fine order of magnitude better than other allegedly modern states. We keep it that way by our vigilance to our rights.

The recent UVA and Colorado attacks will come with renewed calls for a national assault weapons ban, the president has already done so with both. This is likely to remain bluster as the House flipped to Republican control and the Senate split evenly or with only a single vote majority. But they will try, they will leverage whatever bloody shirt they feel that they can in order to get another gun control win and try to fortify their 2024 election chances. The Democrats, and therefore gun controllers, dodged a political cannonball this cycle thanks to irate and fatigued voters tired of the meme that a substantial portion of the Republican party has too long held onto. We need to keep riding Bruen to victory after victory in the courts.

The world is teaching us two very dark lessons today. In Ukraine we see the danger of foreign threats, in Iran we see the danger on domestic ones. Our reasonably peaceable society continues to be so at the behest of our readiness to become violent at need. The random attacks, the criminal back and forth, the senseless and juvenile outbursts that cause loss of life cannot be curbed by another gun law, but we can absolutely open ourselves up to the threats we see abroad.

The ultimate law of the world is and always shall remain the ability to bring force to bear, we must work to continue the trend that those with the ability to bring force will first use reason. The best way to maintain that ‘reason first’ approach is to not monopolize legitimate force. The state will always protect the state first. The state being for you now is no guarantee of any future positive efforts. You must always treat the state with the theory in mind of ‘what in this policy can be used against me?’ and then vote and comment to shape the policy accordingly. That is among the largest failings in our current electorate is too much popular voting and not enough critical voting. It won’t be one party good and the other bad, it must be both parties beholden to the constituency or it will be the state crushing the population when it becomes convenient to do so. Anything the state does to a group you happen to disagree with, and thus agree with the state’s actions, they can and will do to you when you end up being that group, so be sure you don’t mind the actions.

Everything is on sale or going to be this week too, just as a point of interest.