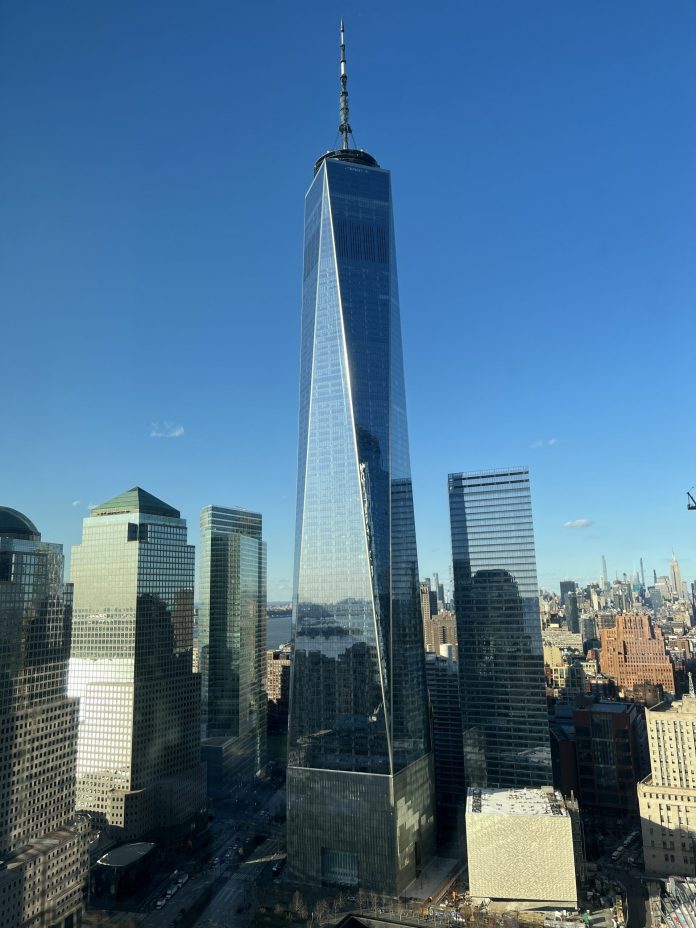 21 years since I was pulled into a middle school assembly hall like, so many others, and told that the United States of America had been attacked by an unknown group.

21 years since I took a bus home and walked in on my father crying while staring at a smoke choked New York skyline.

21 years since I watched two towers fall and a smoldering hole belch flames in the Pentagon, thousands of people had lost their lives.

21 years since the illusion of a peaceful 21st century was extinguished.

I think that is my takeaway now, that 9/11 crushed the idea that humanity had moved on from more base impulses of violence and would lean on reason rather than violence to try and solve their grievances. We were starting the information age after all, who would need to argue and fight when we could look it up and see?

The 21 years that followed saw us commit to GWOT and that hasn’t ended spectacularly. We got Bin Laden but Afghanistan is back in Taliban hands and Iraq is still a hot bed of discontent. The violent corners of the globe that were still are, and I think we were just insulated in our western spaces assuming that the world would take our example because we had it pretty damn good.

We’ve made stupid mistakes. We’ve been naïve. We errantly believed at some level that the changing of the calendar had solved our greater violent impulses and our destructive motivations.

We jumped the gun.

It has cost us.

In the decades that followed, we’ve been hamstrung by our own egos and prejudices. We made enemies, stupidly, where we could have had friends. We made the bold and absurd claims and are now reaping the harvest of those choices as we see division and prejudice in the place of respect and cooperation.

We didn’t slide backwards, no. At least not very much. We instead made the hubris fueled error of assuming we had made much more progress than we had. That the world thought like we did and that we would never have to faceoff against anyone seriously again at anything more than a debate table.

As we continue to traverse the 21st century, getting toward the middle years, we have had harsh reminders that nobody is required to think like we do, respect what we respect, or value life as we do. Someone or some group can always take exception to us, and use violence as their means to do so.

The skyline is no longer on fire, but it could be again one day. We have enemies, and until they are destroyed without the ability to grow back or they decide we are better as friends we will be required to have the ability to respond. We can come into conflict over resources or ideology again and again, at the national or personal levels both. This will always necessitate our remembering how to be violent in our own defense.

But it is my hope that, when taken in its full measure, these 100 years will be dramatically improved from the 20th century. That 2025 will show dramatic progress from 1925, 1950, 1975, and even 2000. That 2050 will show more progress still. It is my hope that we get over our juvenile illusions of not needing violence in our toolkit, but that we continue to strive for a world ever more peaceful than the day before.

We have a tremendous amount of work to do.

The series of global and regional catastrophes, as well as the shallow and stupid efforts of the political elements, have set up 2020 to 2030 as a challenging decade. We are discontent, more divided, and more distrustful of institutions who have failed us spectacularly time and time again. But I do wholeheartedly believe that we haven’t arrested our positive momentum, not even close, and if we could just continue to fight through our own egos to keep reason as our guide, even if those we are reasoning with aren’t reasoning so well, we will see a tremendous century in the grand scale.

The world is still a dangerous place, gone is the myth that it will ever not be. But it can be a less dangerous place and we can be ready for the dangers.

That must be good enough.