Bucks stop eating during the rut

With the level of caloric output expended during breeding, bucks would actually die if they stoppedeating.

The “second rut” is when young does are coming into estrus

Rattling can be productive anywhere — provided that you catch bucks when they’re in the right frame of mind. Deer’s dominance and territoriality instincts don’t vanish because they happen to live with more does than the neighboring property.

The largest doe in a herd is the oldest

It’s the middle-aged does that are the biggest. They’ll be heavier every year until they’re about 4 or 5, declining slightly in body size each year after.

Scent is the primary attractant in active deer scrapes

This isn’t even an “it depends” answer. Scent is just one of three factors that draw bucks to deer scrapes. More vital is the deer scrape’s location and the presence of an overhanging branch. If a deer scrape appears where deer don’t routinely travel, it seldom draws more visits.

Deer do look up when they see or hear something out of the norm and they can pick out strange objects sitting in a tree high above their line of sight.

Bucks, especially those of trophy size, always bed in the thickest of cover

While this may be true at times, it is not always the case. Three of the biggest bucks I’ve ever seen were bedded in relatively open cover. A deer wants to see what’s out there and this has an impact on where they bed for security. Hills and ridges in open or fairly open woodlands are prime bedding areas for deer of all sizes, including monster bucks.

The middle of the day is useless for hunting

Wrong! Especially when pressured, deer will move throughout the day. More so, during the rut, bucks will move at all hours, including those around noon, in search of a ready doe.

Bucks rub trees in order to remove their velvet

This is one enduring whitetail myth that has seen its day at last. Few hunters believe this anymore. Bucks rub trees to mark their territory. It’s as simple as that.

Consistently successful deer hunters remain open to new ideas, and see every encounter as an opportunity to learn something about whitetails. What’s the fun of deer hunting if not its rich mix of mystery, science and hands-on experience? 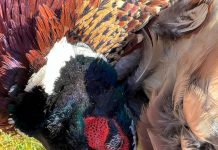