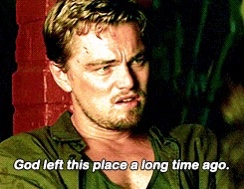 Have you ever tried to share your opinion about a gun related subject but no one took you seriously? Well, it’s probably because you’re doing something that lowkey lets people know that you don’t know what you’re talking about, like one of these 15 things!

15. You think 410 revolver/shotguns is something more than a ridiculous novelty gun
At this point, jokes about these guns are too easy. It’s like the “Your Momma” joke of the gun industry, it requires no effort or forethought, but it’s also de rigueur when you’re writing one of these lists.

14. You have punisher skull logos on ANYTHING
Remember when the Punisher was cool? And he still sort of is, at least the Netflix series was pretty decent. But the Punisher skull logo has been ruined by overweight tactical weeaboos who sit around having fantasies about the breakdown of social order.

Side note: does anyone else think that the punisher skull logos with the blue line for law enforcement are REALLY weird? I am the biggest supporter of LEOs, but I feel like maybe associating yourself with an image that’s supposed to represent vigilante justice isn’t a good idea.

13. You have III% or Threeper patches/stickers on anything
Pretty much the same as the punisher skull, but worse. If you’re not familiar, III%ers are the overweight guys with “Terrorist Hunting Permit” patches, CCW badges, and yet somehow have never seen the inside of a MEPS. Weird.

11. You carry a .40/.45 because you believe that “stopping power” is real
Here are some real facts for you: handgun bullets all pretty much suck equally at stopping people, which is why we train to shoot threats multiple times. Your .40/45/357 doesn’t produce any better terminal ballistics than a 9mm. Sorry that the truth hurts.

10. You think that competition shooting creates training scars that will get you killed in a gunfight
If you can’t tell the difference between a gunfight and a shooting match you don’t have any business doing either.

9. You think that competition shooting is an acceptable substitute for defensive firearms training
If you can’t tell the difference between a gunfight and a shooting match you don’t have any business doing either.

8. You carry a meme-tier gun
In a world where we have the Beretta APX, Glock 19, S&W M&P 2.0, Sig P320, HK VP9, and Walther PDP, it’s clear we’re in the golden age of striker fired 9mm pistols. Don’t like striker fired? The Beretta 92 series has had a comeback, and the classic Sig P-series are still out there, along with the HK P30. The point is, there are so many great, well made guns…why would you carry something else?

7. You still shoot using a weaver stance
Weaver is old and busted and hasn’t been relevant in the shooting community in over 25 years. Why are you still clinging to this ancient religion? Jeff Cooper is dead, and if he wasn’t he’d be shooting modern iso.

6. You recommend birdshot for shotguns.
Just because your cousin’s uncle’s brother’s best friend dropped a home invader with a single round of birdshot (which probably didn’t actually happen) doesn’t mean it’s a good choice for home defense. Stop being dumb and use buckshot.

4. You think lights and lasers on home defense guns are dumb because they’ll give away your position
I am not worried about giving away my position, because DEVGRU isn’t breaking into my house at 2am. I am however worried about shooting someone who doesn’t need to be shot, such as the many tragic cases of people shooting their own family members because PID is for cowards, I guess. Get a light on your gun.

3. You think the SERPA is a good holster
How many people need to shoot themselves with a SERPA before all its defenders realize that any design that requires you to push a button with your trigger finger is dumb?

1. You think YouTubers are a good source for information
Look, YouTube can be an excellent source of information…but it can also be a festering sewer full of fudds, wannabes, and has-beens. Being able to sift the good information from the bad is a skill all its own, but if the YouTuber you’re watching has said any of the stuff we just listed? Probably a clue to avoid them.