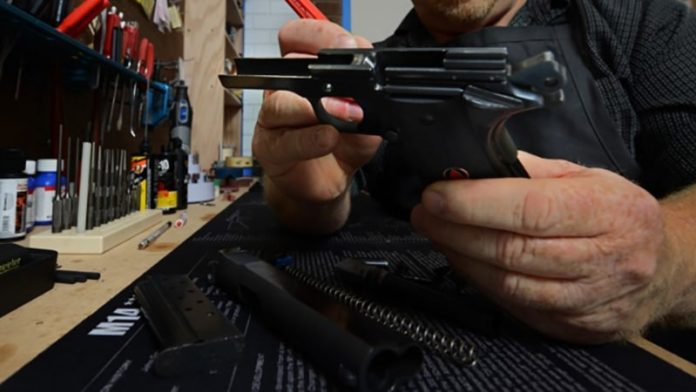 Republicans on Capitol Hill are not happy with a change by the State Department in July that could force even hobbyist gunsmiths to register and pay a $2,250 annual fee to stay in operation.

On July 22, the State Department’s Directorate of Defense Trade Controls issued new guidance for firearm manufacturers and gunsmiths to register as exporters under the Arms Export Control Act (AECA) and International Traffic in Arms Regulations (ITAR) and pay an annual $2,250 fee– even if they had no intention of exporting. This included companies and individuals who performed machine work on firearms such as threading barrels, magazine modifications and rechambering.

Now, a group of at least 22 U.S. Senators and 116 U.S. Representatives— all Republican– have signed on to letters addressed to Secretary of State John Kerry urging the administration to rescind the July guidance.

In their letters, the lawmakers argued that the move was unnecessary and unfairly targets hobbyists and small businesses while listing a range of activities that do not require a Federal Firearms License to perform.

“The vast majority of our constituents engaged in gunsmithing make little to no income from their activities and often do it as a hobby or side business,” the members wrote.  “They most certainly do not export firearms.  They also do not manufacture firearms in any widely understood sense of the term.  Therefore, it makes no sense for them to be required to pay $2,250 and register under AECA and ITAR.”

With that, the members state that “We believe the guidance effectively expands ITAR registration requirements and should be rescinded immediately.”

The change has caused confusion in the gun industry and some vendors have since moved to stop all gunsmithing services citing the significant financial cost and legal burden of complying. One small manufacturer who makes accessories, Colorado-based Leo Combat, filed suit in federal court over the requirement only to be quickly dismissed.

The National Shooting Sports Foundation stated in August they were reviewing the new regulation and would “send a letter of protest to DDTC expressing our strong opposition to the new ‘guidance,’ the scope of which clearly exceeds their statutory authority” while the National Rifle Association blasted the move as an effort in “culling many smaller commercial gunsmithing operations that do not have the means to pay the annual registration fee or the sophistication to negotiate DDTC’s confusing maze of bureaucracy.”