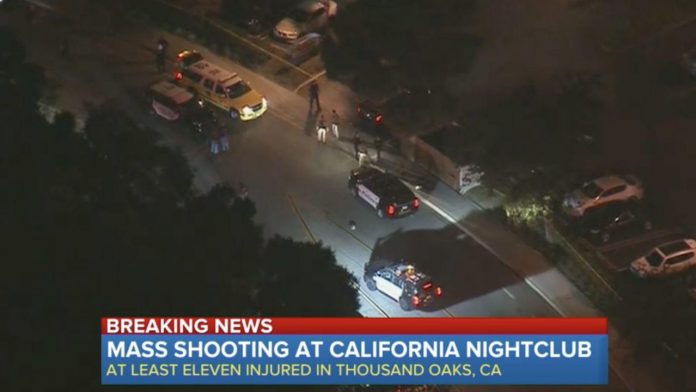 Image from The Blaze

Before midnight in Thousand Oaks, California a black clad gunman entered The Borderline Bar and Grill and open fired.

Entering, after allegedly shooting security at the bar, the man threw a smoke grenade of some manner and began attacking the attendees of the College Country Night with the handgun.

12 people are reported dead, including the Sheriff Sergeant Ron Helus who was the first officer to enter the bar responding to the shooter. The perpetrator is being reported as a USMC veteran known to local law enforcement using a .45 ACP Glock and CA Prohibited high capacity magazine.

The shooter was found dead inside the bar having taken his own life after being engaged by officers. 21 was the last reported count for wounded at this time.