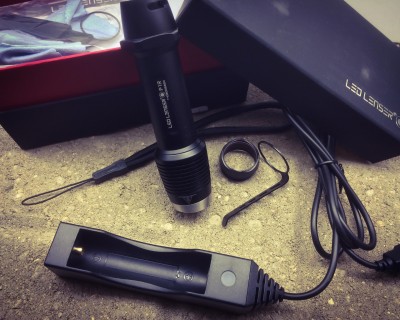 I decided that it was time to shop for a new EDC light, the one that I have carried for a few years now still works great and has its uses. However, technology has changed so much that I thought it was time to look around. One particular light really caught my eye Leatherman’s LED Lenser F1r what does the r stand for you ask, is it the right-handed model? Or maybe the republican model? Nope even better than that Rechargeable, so no more having to deal with my CR123A batteries because this guy runs a lithium ion rechargeable battery the charger works off of a USB cable and I can charge it just about anywhere now. I know what all of you apocalypse people are saying rite now… How are you going to recharge your light in an emergency? Well, I will let you in on a little secret but don’t tell anyone… I have more than one light! Yes, I have a back up light…

Here is a little something to think about for all the regular battery flashlights out there, where does that used battery go when you are done with it? Even if you recycle it, it still has to dealt with. Some form of recycling etc. with the Lenser F1R you have a much more eco friendly solution because it is rechargeable I know I have thrown out and recycled a many CR123A batteries and I happy to make a better choice. I still have a few CR123A lights in the house but now they are just back ups and hopefully will not be needed or go through as many of those little batteries and at $1-$1.50 each I plan on saving a bit of money too!

However, the LED Lenser boasts a 60-hour run time at its lowest setting, which is still a very comfortable 10 Lumens, which makes it more than useful for many tasks. At the highest setting of 1000 Lumens, well it will eat up battery quickly running only about 3 hours. That is still on par with many of the 200-300 lumen lights on the market running on CR123A batteries many of those only offering 80-120 minute run times at less than half the output. Here is what 10-250-1000 Lumens looks like. 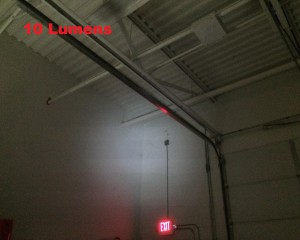 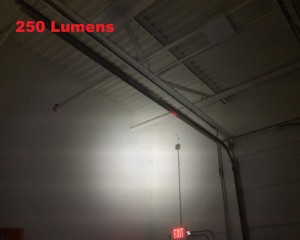 But having a light that fits in my pocket and will run for a full workweek and then some is a great tool to have. I have been using this light now for about 10 days and have yet to recharge it, and that is with everyone playing with and saying things like “Dude look how far this thing shines” and that kind of shenanigans when you have a new toy you play all kinds of games with it.

Here are the specs from the manufacturer:

First impressions of this light were that it was a bit bigger than what I had previously carried, and it seemed to promise and an awful lot out of its still tiny package, it weighs almost nothing! I charged the light for the recommended time from the manufacturer that is 7hrs (if you have never used Lithium Ion before it does have one big fault, when it quits it quits) that means that the light won’t dim or warn you about no longer working it will just stop which sucks. However, with almost 60 hours of run time you had plenty of time to charge it. I have been trying to run mine down to the point of needing a charge and haven’t as of yet. I plan to be able to charge it off of my laptop, my truck that has a USB, and even the outlet next to my bed has a USB. The charge is rather small just a few inches long no bigger than a travel toothbrush so easy to store in my EDC bag for easy travel and dragging it around. My house seems to eat cables and chargers so I keep them all in my bag unless I am using them that has just become my best practice with a 3yo in the house.

Some of the other nice features of this product are that it comes with a cleaning kit and a set of replacement seals, I have never had to replace the seals on any of my other lights but none of them created the amount of Lumens this one does either. Also included is a secondary bezel for the light which is described as a “Self Defense” bezel because of the larger ribs, it also includes a clip and lanyard to give you some options for carrying and use. 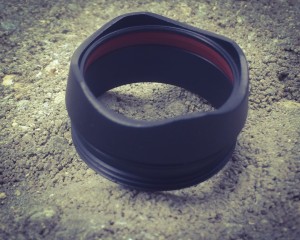