Lets talk top 10 budget guns. As someone who has had to scrimp and save for my firearms, I have had to put a lot of thought into my purchasing decisions. There are cheap guns, there are budget guns, and there are undervalued guns. These guns are numbered according to price.

In the foreseeable future, the Mosin will remain the premiere budget gun and can still be found for $150. They are built like tanks, have some modicum of accuracy, and have extremely affordable ammunition. For having fun at the range, hunting, SHTF, or rowing your boat, the mosin is the king.

A new up and comer from China that looks to be a, forgive me for using the phrase, ‘game changer’ in the realm of shotguns. The IAC is a Remmington 870 clone, and by all accounts a very good one. Though there might be a few quality control issues regarding fit and finish, for $150 you can have a shotgun that has near 100% parts compatability with an 870. That means all the furniture, magazine extension tubes, and other accessories should work. People have used the 981/2 in conjunction with the bullpups unlimited 870 bullpup stock and that makes for a very affordable home defense option. 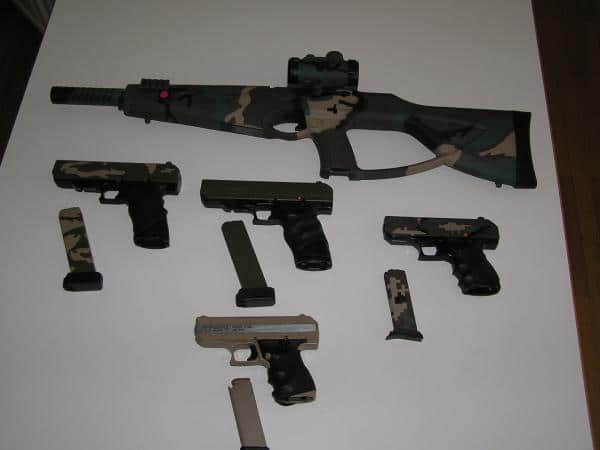 I am grouping all Hi-points into one category, but they span the cheap and budget guns. While cheaply made, the pistols are solid and can be very reliable. They are blockier than a glock and weigh as much as a brick, but for a throw away, knock around gun, they can’t be beat and can be had starting around $150. The Hi-Point carbines are fantastic budget rifles. They are magazine compatible-ish with the pistols, are surprisingly accurate, have ergonomic and functional stocks, and in my experience they have been extremely reliable. Nowhere else are you going to be able to find a .45 carbine for under $300.

For under $170, you can have an excellent survival .22lr that folds away for storage. There are a surprising number of value added features on these little guns. Along with a short quad rail fore end (the bottom rail of that can be removed to allow for more complete folding of the rifle), it has a rail section behind the trigger that allows for the attaching of a pistol grip and the barrel is threaded to accept flash hiders, muzzle brakes, or suppressors. With the only noise being the impact of the hammer on the firing pin, the ability to have movie-quiet suppressed shooting is extremely attractive.

Though more affordable ($200) than their American made cousins, the 500 series, these Mexican sourced shotties have garnered a very good reputation. When they were first manufactured, there were some reliability issues that stemmed from having only one transfer bar for the pump action, but that has since been rectified and many people consider this their go-to budget shotgun. Most, but not all parts are interchangeable with the 500, so a good number of accessories will work. 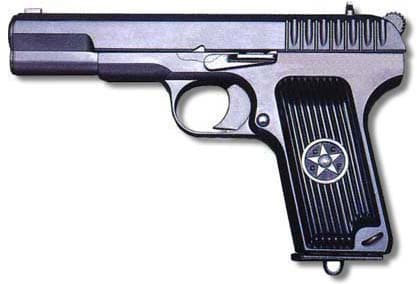 There are a few variants of these classic Ruskie pistols that are available for sale in the states and the choice comes down to caliber. The Romanian TT-C’s ($240) come in the 7.62×25 original chambering and it is a hell of a cartridge. It’s the equivalent of a com-bloc .357 Sig, blazing out of a pistol around 1,400-1,500fps with an 85 grain bullet. These rounds are known to defeat level IIA and IIIA soft body armor, so it can be a very effective round. The problem is that much of the surplus 7.62×25 has dried up so you will have to pay for more expensive, newly manufactured ammo. You could get yourself a PPSh 43 ($330) in the same chambering for ammo compatibility. Zastava M70a Tokarev’s ($275) come chambered in 9mm, so if you have other pistols or carbines chambered in 9mm, that will offer ammo compatibility as well.

Coming in around the $270 mark, H&R and Rossi rifles are simple, accurate, rugged, and time tested. They can come with a top rail that allows for scope mounting and because they’re chambered in .223, ammo is cheap and plentiful. They’re like the big brother of the Little Badger, without the foldability.

This rifle rides the border of the budget/undervalued section. Both variants can be had for around $280, which is a fantastic value in a brand that is historically known for very good quality and accuracy. They feature 4-round detachable magazines, have 22” barrels, and are drilled and tapped for scope mounts. As mentioned before, .223 is a very budget friendly round, but the .308 is perfect for deer and other big game hunting. Coming out of a 22” barrel will maximize both cartridges velocities, giving you great long distance ballistic performance. 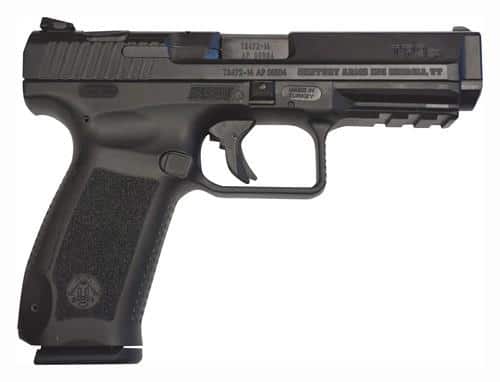 When they were brought to market last year, the Canik TP9SA’s took the market by storm, much of which was a result of hypermarketing by Century, but the gun definitely lives up to the hype. I would squarely put the Canik in the realm of ‘undervalued’. You can read my personal review of the Canik here. There are a number of people who have, somewhat justifiably, been concerned with the functionality of a decocker on a single action pistol. The decocker can be disabled, preferably by a gunsmith, or you can wait till the end of the year when Canik comes out with their new SF model. For $310-$330, these handguns have fantastic quality and functionality. If you are the do-it-yourself type, an AR-15 can be built for extremely cheap. E3 Arms has been known to have completely assembled lowers go on sale for as little as $109. Follow that with a PSA upper with parts for $290  and you have a complete AR for JUST under $400. Prices on AR’s and their parts and accessories continue to drop, so it is currently a buyers market. If you keep you eyes peeled, you can walk away with a pretty cool gun that you made yourself for a hell of a price.